It’s been over a week since I posted anything here and that’s too long.  There are several reasons; I had a rough week at work for one (over 70 hard hours in 4 days,)  helped my daughter move from one upstairs apartment to another upstairs apartment, and day long RAC meetings (an EMS thing,) but I survived it.  I did get to stop at the playa on the way back from the RAC meetings and was treated to hundreds of Blue-winged Teals, American Coots, Norttern Pintails, Northern Shovelers, Mallards, Cattle Egrets Great Blue Herons and who knows what else settle in for the night .  There had to have been over a thousand birds on the lake.  It was amazing. 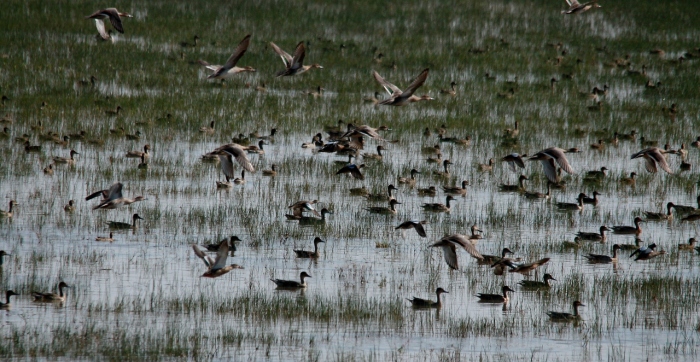 I finally got off shift Monday at 0700 and went out to Lake Meredith.  They have been resurfacing all the roads around the lake and I wasn’t able to get to Fritch Fortress or down to the old marina area.  I did drive down into Spring Canyon, and while there weren’t many birds down there (I think all the racket from the resurfacing has run them off,) I did get some very nice photos of the sunrise. 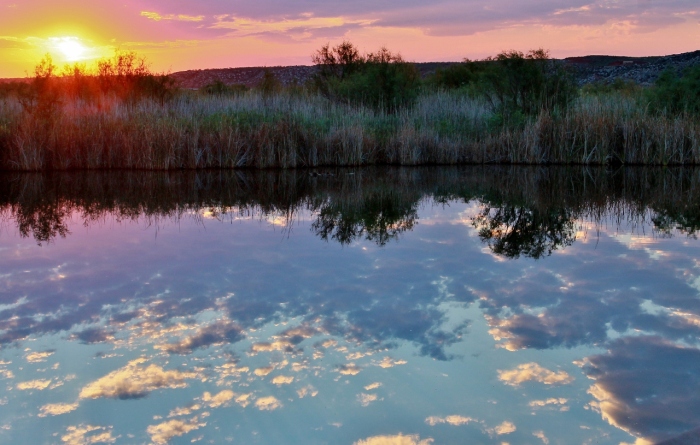 The highlight of the morning was the Osprey.  He was fishing over a small inlet just west of the Sanford-Yake campgrounds.  I had walked to the edge of the cliffs overlooking the lake and saw him.  Sheila and I had seen Ospreys last winter when we went to  the coast, but this is the first one I had seen up here, although they aren’t considered rare here.  They are beautiful birds, with their long wings and white crown.  I was hoping to see him dive, but he never did. 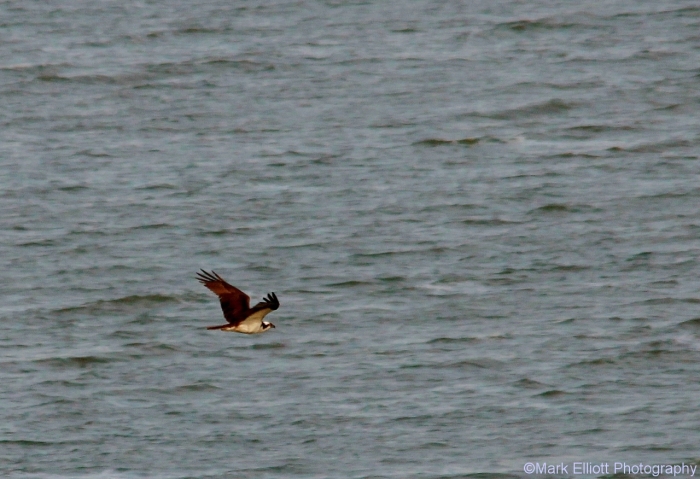 Besides the normal Great Blue Herons and Killdeer,there was a lone Pied-billed Grebe at Cedar Canyon, another returning winter resident at Meredith.  I hardly ever see more than one of these at a time. 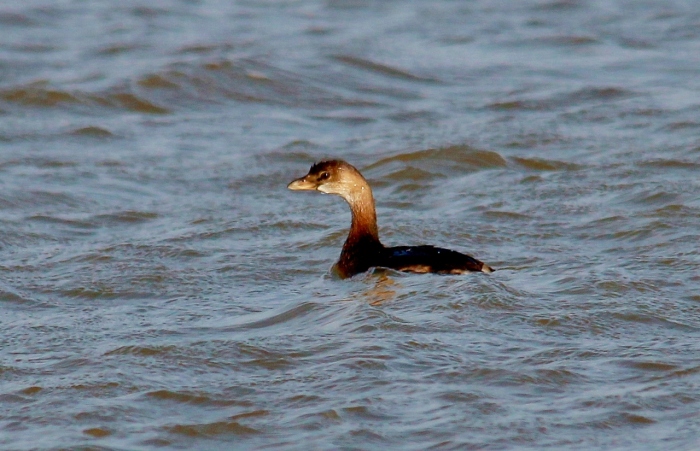 Tuesday morning I got up early and headed to Palo Duro Reservoir, a small man-made lake in Hansford County, and it was a very productive trip.  Palo Duro Reservoir is surrounded by farmland,–thousands of acres of freshly mown hay fields, feed corn being harvested, newly planted winter wheat.  I saw dozens of Red-tailed Hawks (this one is a light morph juvenile, I think,) 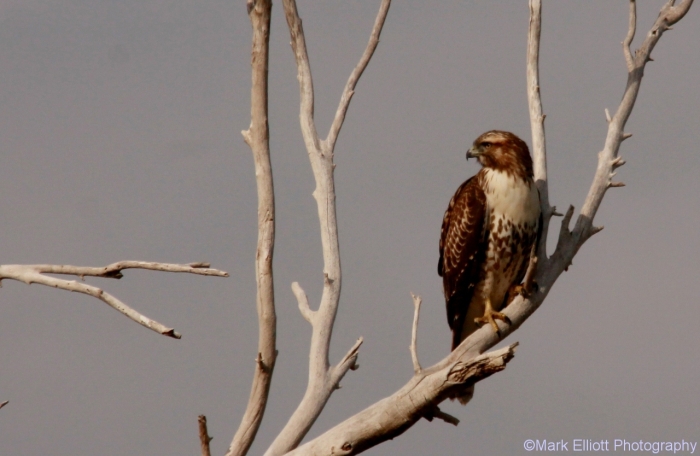 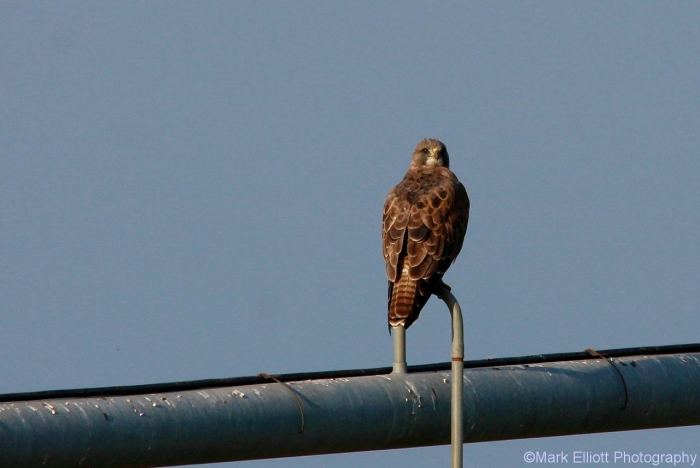 and hundreds of Red-winged and Yellow-headed Blackbirds, 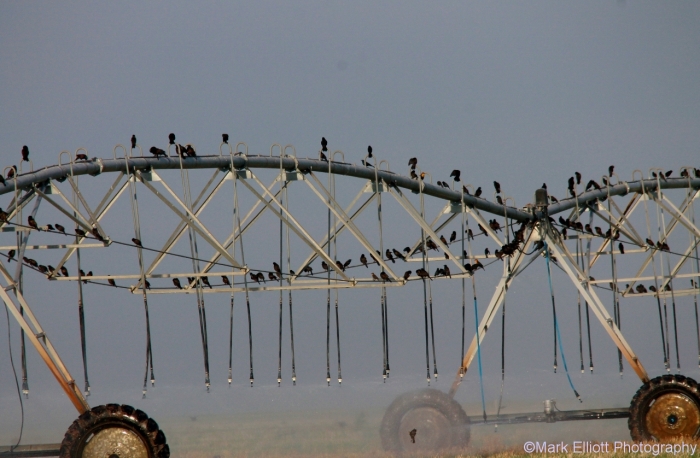 and several varieties of sparrows and meadowlarks.

At the reservoir the dead cottonwoods rising out of the water were covered with Double-crested Cormorants preening and drying their wings (Did you know that their wings aren’t waterproof?  An adaptation that may help them dive deeper.) 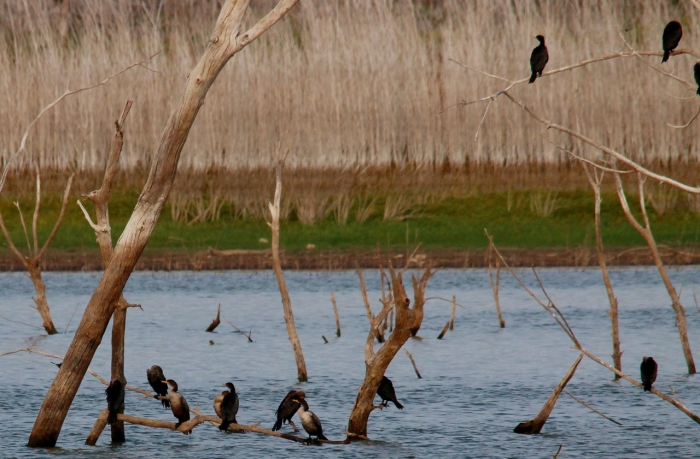 Dozens of Barn Swallows chased insects over the water.  Lark Sparrows and Clay-colored sparrows, a new one for my lists, 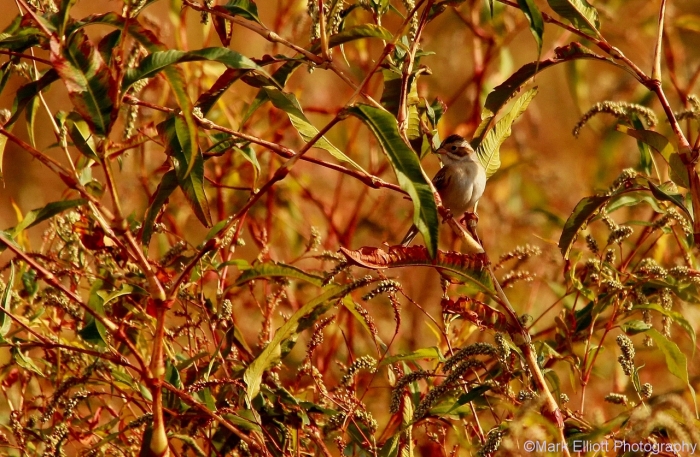 and Red-winged Blackbirds foraged in the weeds and cattails around the lake.  Killdeer, Least Sandpipers, 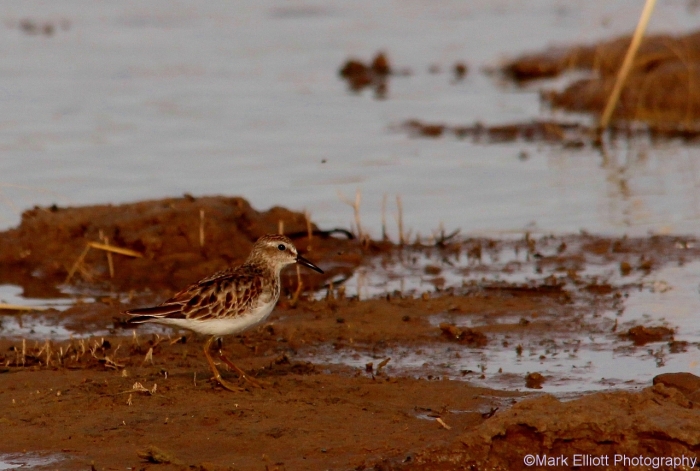 and Spotted Sandpipers ran up and down the banks.  There were the ever-present Great blue Herons, 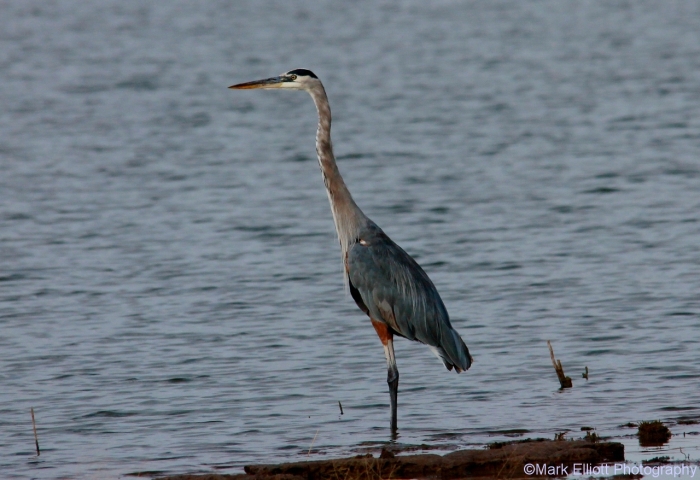 a few waterfowl that I couldn’t get close enough to ID and these three juvenile Ring-billed Gulls. 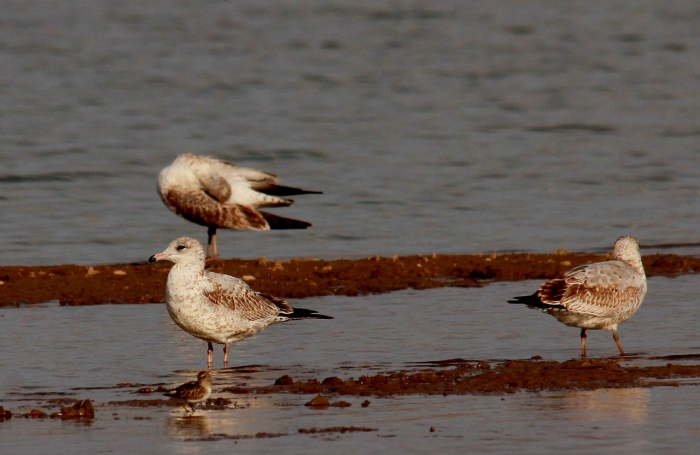 The best spotting of the day was the pair of Bald Eagles. 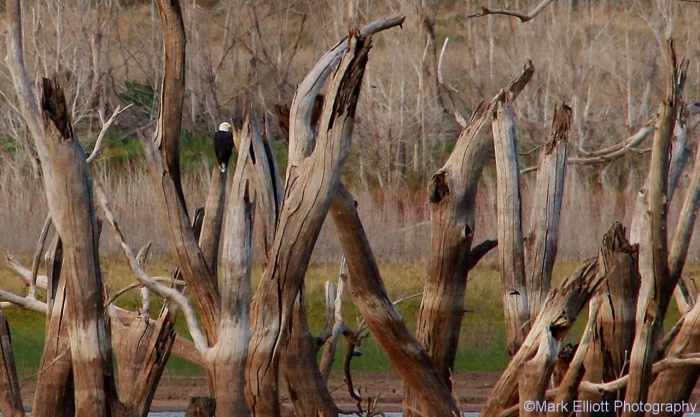 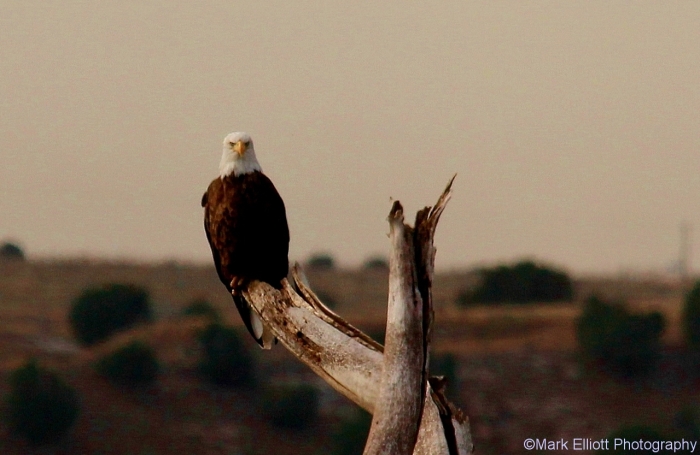 They have been absent from the Texas Panhandle (at least I haven’t seen any) since last May and I was very happy to see them.

On the way home I stopped by Fritch Fortress to see if the Eagles had made it to Meredith yet, but I didn’t see any.  I did see a flock of American White Pelicans, though, another bird that has been missing around here since last spring.  The pelicans are often accompanied by Double-crested Cormorants.  there are also some Ring-billed Gulls and American Coots in the photo. 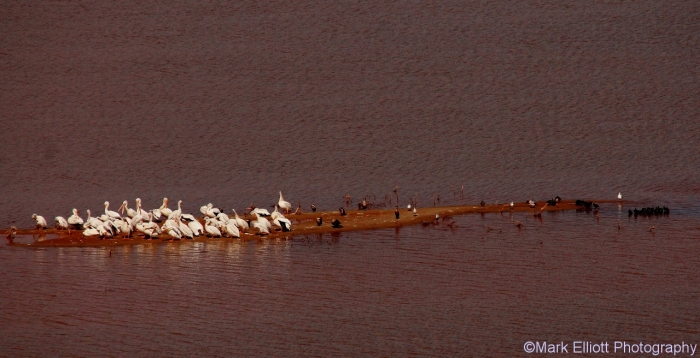 TLDR: Long, crappy week at work rewarded with an excellent day of birding.