After shift change this morning I drove out to Fritch Fortress at Lake Meredith.  A decade ago Fritch Fortress was a boat ramp in the middle of Meredith: now it’s the panhandle’s longest concrete slab that isn’t an airport runway.  They’ve extended it several times and when the lake starts rising it will be great, but for now it’s still not quite long enough.  Fritch Fortress is now the south end of the lake and it’s pretty shallow, which makes it a great place for migrating and wintering waterfowl and waders, as well as the winter home for a couple dozen Bald Eagles.  I’ve been watching for the eagles for the last month or so but so far this year I’ve only had a few sightings, nothing real steady.  I hope that last year (my first year to notice such things) wasn’t a fluke.  I suppose all these birds have been coming to Meredith since it’s creation back in the early 60s, but with the lake being so much larger then and the shallow end being so much further south, I never saw them.  Even before the Canadian was dammed the migrating birds probably used it as a resting place in their semi-annual trek.  At any rate, now they can be seen quite easily from the bluffs at Fritch Fortress.  There are dozens of exposed sandbars that the birds can rest and hunt and forage from and they can be viewed easily with a pair of binoculars.

There were no eagles today, either, but there was about a hundred American White Pelicans fishing there.  It was an impressive thing to see.  American Whites hunt in groups, in this case the hundred or so birds were split into a couple of pretty large groups and they herd the fish in front of them, dipping their heads in a a steady rhythm, much like the hundreds of jack pumps that dot the surrounding countryside, occasionally raising their bill skyward to swallow captured prey.  I watched them sweep back and forth across the lake for a half-hour or so.  It was pretty cool. 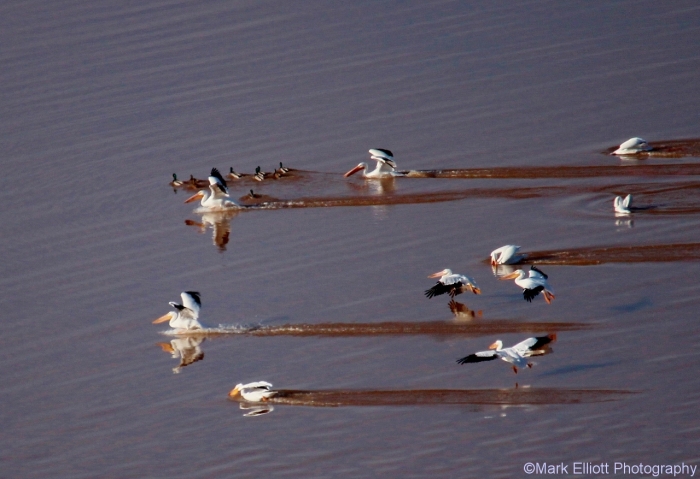 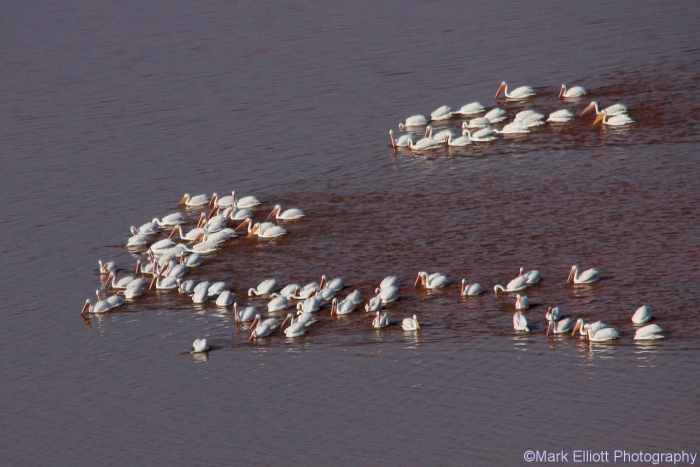 When I pulled into the drive at home a little later I startled the usual gang of House Sparrows and Finches, and Mourning and White-winged doves from the feeders and lawn.  I started around the truck and a small little bird that I didn’t recognize flitted back to the feeder, grabbed a sunflower seed and took off.  I went back around to the other side of the truck and got my camera out and waited, hiding behind the cab.  Soon the little guy zipped back to the feeder,grabbed another sunflower seed and buzzed back to the trunk of a nearby mulberry.  I watched him do this several times and took a few pictures of him before he disappeared for good.  Looked him up in the Sibley.  It turns out he was a Red-breasted Nuthatch, not an uncommon bird for winter in this part of the Panhandle, but my first nuthatch and a new one for the list. 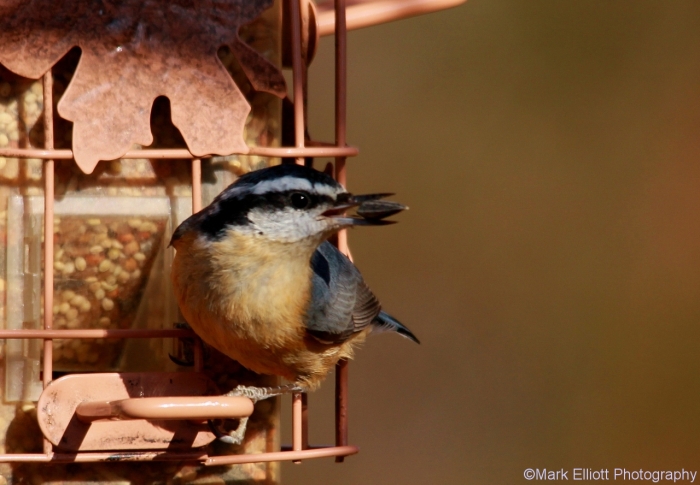 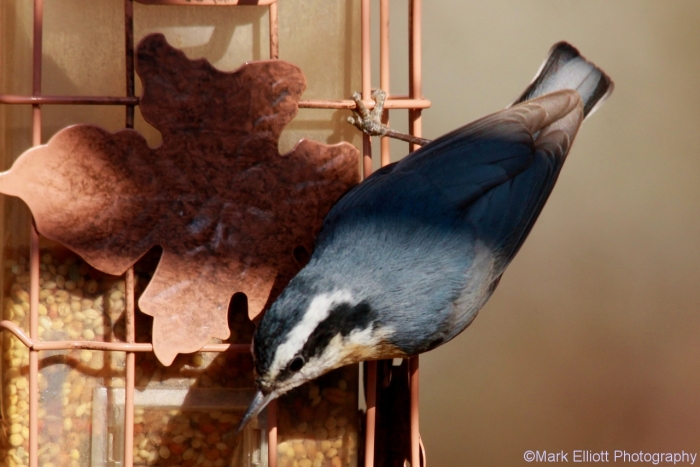 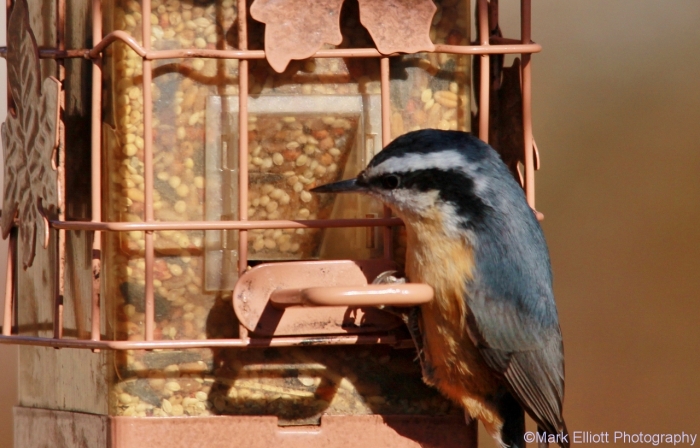 I love fall.  More in the Galleries.