Jake and Isaac and I went back to Palo Duro Canyon last week to do some hiking, but it was raining pretty hard when we got  there so we just camped out under the bird blind behind the trading post for an hour or so.  Jake took these photos and I though I’d share them with you.

Brown Thrasher.  This is only the second Brown Thrasher I’ve seen-the other was at Palo Duro reservoir a couple of hours north of here.  I see Curve-billed Thrashers pretty often at my house, though. 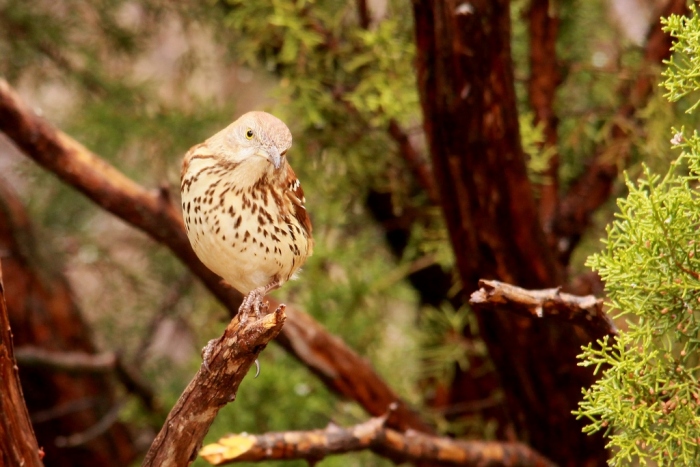 On the way home we stopped off at Meredith to check on the Great Horned Owl. 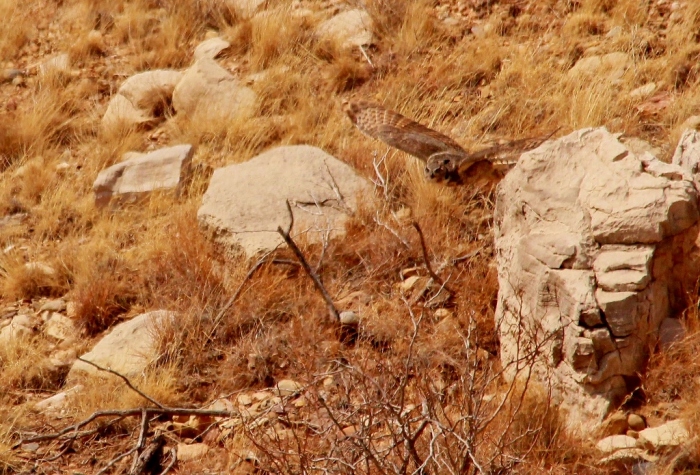