I drove out to a farming area just north of Panhandle Tx., that I visit regularly. There is usually a playa there, it’s dry now, but there are still a lot of birds in the area. I normally am able to catch several different kinds of hawks, depending on the time of year and lots of sparrows and other songbirds, waders, and waterfowl.

Today, unfortunately, I saw a couple of severely injured birds. the first was a beautiful Ferruginous Hawk that I came across as I drove down Co.Rd. 16 in Carson County. It was just over the fence and I saw it flush as I drove by and I stopped and backed up and saw that it was injured. Even though it couldn’t fly, it could run and jump pretty fast still. I have no experience at all handling birds so was afraid to try to catch it-I might hurt it or it might hurt me, so I called a local (Amarillo) wildlife rescue and rehab place called Wild West Wildlife Rehabilitation Center and they were able to get someone out to catch the hawk. I don’t think that the hawk will be able to survive, it looked like about half the wing was torn off. We’ll see what they can do, but I fear that it will have to be euthanized. 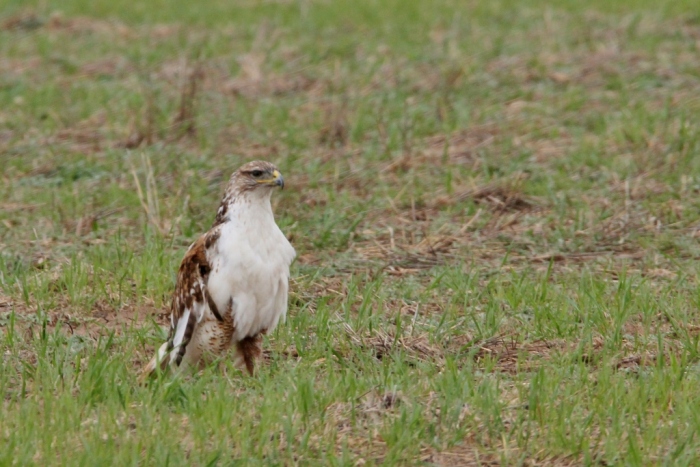 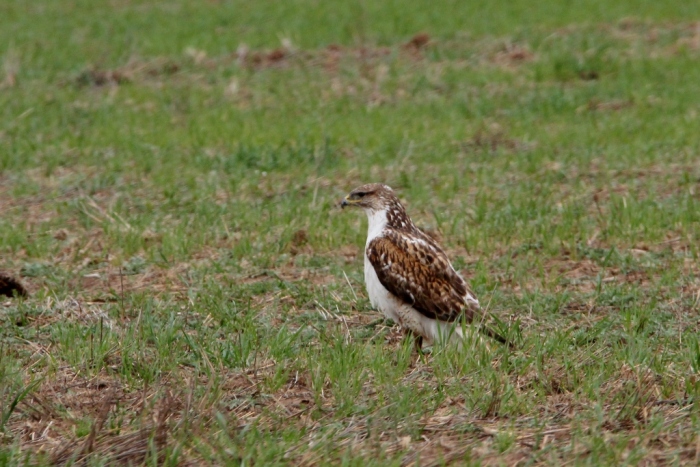 I also saw this injured Black-crowned Night-Heron about a mile down the road. but when we got there with the rehabber we couldn’t find it again.